Flooding is a natural phenomenon in the Snoqualmie Valley floodplain, however, it is not without its challenges. Residents, landowners, agricultural producers, and other businesses are no stranger to these challenges each year, especially as flooding continues to become more frequent, more severe, and less predictable. Even as a natural process, our natural resources, ecosystems, and wildlife also face significant impacts from flooding events. One such challenge is the stranding of fish in fields, ditches, and even backyards after the floodwaters recede. 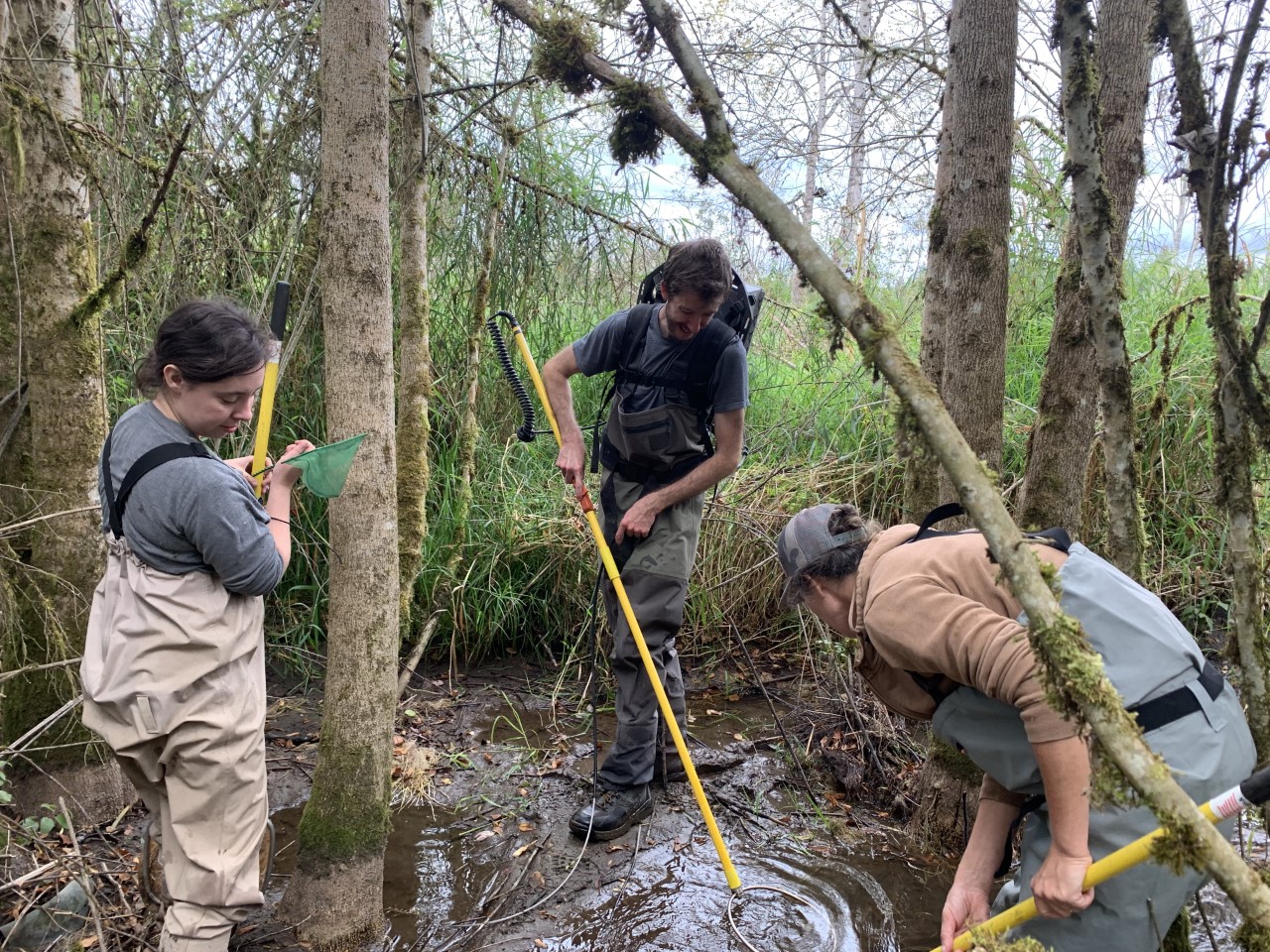 The Snoqualmie River system is part of the Snohomish River watershed, the second largest watershed draining into the Puget Sound. As one of the primary producers of anadromous salmonids in the Puget Sound Region, the Snohomish River Basin, its mainstem rivers like the Snoqualmie, and many other tributaries support coho, chinook, chum and pink salmon as well as steelhead, cutthroat and bull trout, along with many other fish species.  Chinook salmon, bull trout, and steelhead populations in the Puget Sound region are all listed under the Endangered Species Act (Snohomish River Basin Salmon Conservation Plan, 2005).

The Snoqualmie Valley Preservation Alliance is working to develop a Fish Rescue Volunteer Network, comprised of community partners and interested volunteers, that will work together to rescue fish that are stranded in valley farm fields and other areas, with no way to return to their natal stream without intervention, after major flooding events. This effort is supported by funds from the Alan M. Painter Grant Program.

In this effort, the SVPA and it’s Fish Rescue Volunteer Network commits to using the best available science to inform our fish rescue procedures and to following all relevant local, state, and federal laws and regulations guiding fish handling and handling of species listed under the Endangered Species Act .

We invite all those interested in joining the Fish Rescue Volunteer Network, as either a community member volunteer or partner organization, to please fill out the form below.

Donate to our mission DONATE NOW

SIGN UP TO VOLUNTEER. We can always use your help.